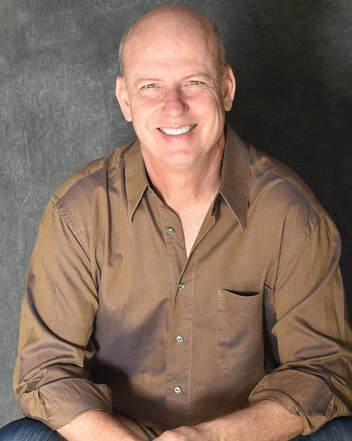 I can't remember not wanting to be an actor.  To be fair, I can barely remember having hair, but still.  It's a passion I've fought hard to nurture and a dream I've never given up on, even when it defied all odds and all logic... and believe me, it usually did.  Oh, I've had some successes, but not enough to spare me from a smorgasbord of humbling part-time jobs like... there's so many to choose from, how about being the assistant to a dog (he fired me on an overnight trip to San Francisco / so not kidding).

Then one day I decided to quit waiting for the phone to ring for that one line as the theater manager on 7th HEAVEN (of course I used an example that I booked) and create my own opportunities by adding the hyphenates writer-producer to the acting thang.  I teamed with Larry LaFond and we amazingly hit a home run our first time at bat (look at me with the sports metaphors) with the incredibly successful little short film GAYDAR.  My co-stars included Bryan Dattilo, Jim J. Bullock and legendary Charles Nelson Reilly (who was my acting teacher).  GAYDAR was in over 120 film festivals, won a ton of awards and was recently named by California Independent Film Festival as one of the 20 Best Comedy Short Films of all time.  It also spawned the Gaydar Gun toy which my brother Bret Ray created (I'm the voice and wrote the 650 jokes it says).  Larry and I also made a short film called THE COST OF LIVING, a way too timely comedy about life after global co-starring Jim J. Bullock, Molly Hagan & Greg Mullavey.  (More film festivals and awards).
​
I'm the creator, writer and star of HERE TV's first original sitcom FROM HERE ON OUT (available on Amazon Prime) with Juliet Mills as well as the co-creator-writer-producer-star (sharing that "co" with Wendy Michaels) of MY SISTER IS SO GAY (Amazon Prime) with Loni Anderson as my mother as well as Debra Wilson, Tilky Jones and Rae Dawn Chong.  I didn't create but I got to co-star in 5 seasons of Michael Vaccaro's star-studded comedy CHILD OF THE 70s.  I wrote and co-created the game show MODD COUPLES now playing on Hulu, I co-wrote the 2017 TV movie LOVE UNPLUGGED starring Mischa Barton and David Ogden Stiers.  I've gotten to go to GILLIGAN'S ISLAND in my spoofs with Dawn Wells (Mary Ann herself--who I miss deaerly) called SHE'S STILL ON THAT FREAKIN' ISLAND.  My new show,  TV THERAPY features a different classic TV character (played once again by the original actor) in a therapy session today (with me as the doctor) with all the issue they would currently have.  It great fun and my growing list of guest stars include Erin Murphy (BEWITCHED), Dawn Wells (in her final hilarious performance) (GILLIGAN'S ISLAND) , Kathy Garver (FAMILY AFFAIR), Wesley Eure & Kathy Coleman (LAND OF THE LOST), Bob Bergen (PORKY PIG / LOONEY TOONS), Butch Patrick (THE MUNSTERS), Johnny Whitaker (SIGMUND & THE SEAMONSTERS), Jon Provost (LASSIE), Alexandra Paul (BAY WATCH), Juliet Mills ( THE NANNY AND THE PROFESSOR), Ted Lange (THE LOVE BOAT), Larry Mathews (THE DICK VAN DYKE SHOW), Marc Copage (JULIA) and lots more great stars in the works.  To watch just search "TV Therapy" on Youtube and the name of the show you want to see.

​Since 2016 I've been starring in ELECTRICITY (my debut as a playwright).  It premiered in an extended 11 week run in Los Angeles, followed by a stint in the Hollywood Fringe Festival.  Evolution Theatre in Columbus, Ohio mounted a production and brought me out as the guest star.  Our production of ELECTRICITY in St. Paul / Minneapolis was named one of the 5 Best Out of Town Shows of the Year alongside HAMILTON, CIRQUE DU SOLEIL and the Broadway tour of THE HUMANS (not too shabby company).  With Mel England as my co-star we became  the longest running play in Palm Springs, performing in two venues at the same time: as an immersive theater experience inside a real Palm Springs hotel room and also on stage as Oscar's Bar & Cabaret Theater and then moving to The Desert Rose Playhouse as our final venue and we prepare for an Off-Broadway run.

​And in other news, I am the first instructor at the famed Actor's Lab's new Palm Springs branch of their acting school.   Maybe my master plan is starting to work?!